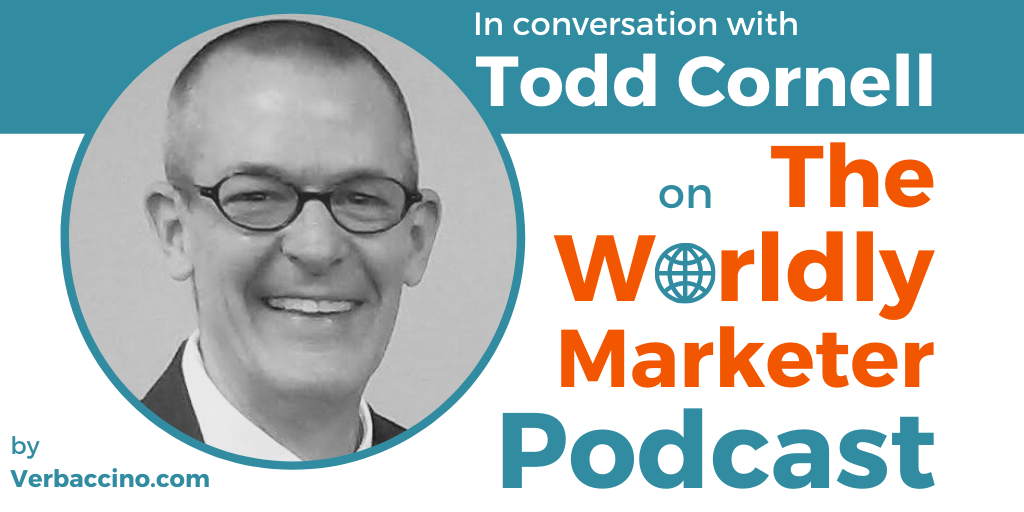 This episode was sponsored by the Globalization and Localization Association (GALA).

Todd Cornell is the Founder and Managing Director at Cultur668, a consulting firm that facilitates cross-cultural interactions between the U.S. and Chinese-speaking countries. He has over 30 years of experience with Chinese language, culture, and business savvy from an American standpoint.

Born and raised in the U.S., Todd spent two decades living, studying and working in East Asia. He became fluent in Mandarin Chinese, and developed a profound understanding of the differences between American and Chinese culture and mindset.

Now based in Colorado, Todd helps American clients navigate business activities and communications with their Chinese counterparts. He is the compiler of a system called The Five Skills of “Bing Fa”. These business strategies are based on practices straight out of Chinese culture, where the core teaching is “Know self and know others”.

Todd understands from personal experience that differences in culture and mentality are the biggest challenges to business dealings between nations. He also believes that language is key to understanding other cultures, and that it is a conduit for world views and cultural coding.

In this episode, Todd shares some truly fascinating insights into Chinese culture, mentality, and business etiquette. He explains how North American companies, in particular, often fail to understand that their own assumptions and Western worldview can get in the way of a successful market entry into China.