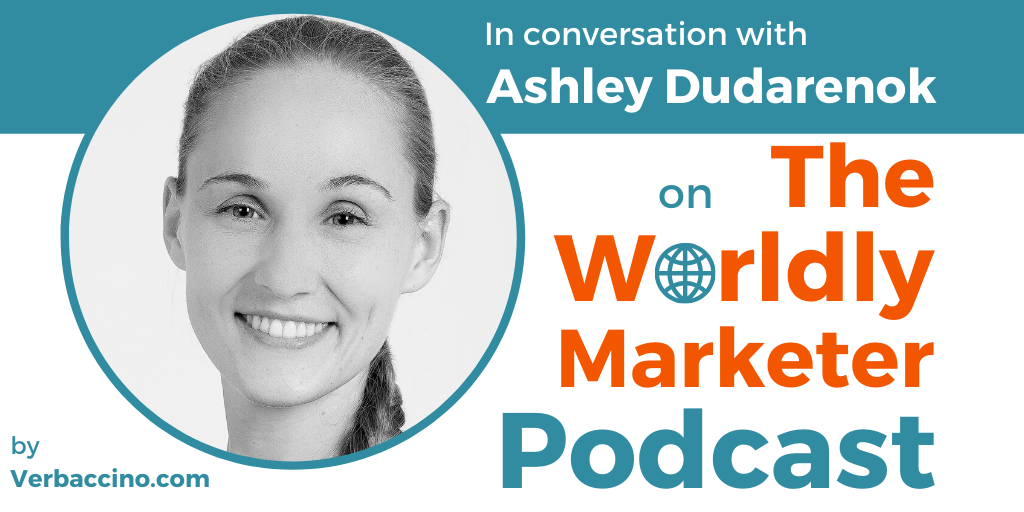 Ashley Dudarenok is a China marketing expert based in Hong Kong. She is the founder of Alarice, a China-focused social media agency, and ChoZan, a China insights and training company. Originally from Vladivostok, Ashley attended school in England, New Zealand and Russia, before moving to China in 2006. After only one year of studying the Mandarin language at Chongqing University, she went on to pursue a business degree there. In 2010, she relocated to Hong Kong, embarked on a career in marketing, and became a serial entrepreneur.

In addition to her work as a business owner and speaker, Ashley runs a popular YouTube vlog, where she discussed the Chinese market, consumers and social media, and she hosts a podcast where she interviews top thought leaders from across Asia about entrepreneurship, marketing, women in business, China, tech, and more. Ashley is the author of three international Amazon bestsellers about China. She is also a regular contributor to the South China Morning Post, the Next Web, and China Daily, and she is often featured in other media such as Forbes, The Wall Street Journal, CNBC, and WIRED.

One thought on “TWM 178: Why Brands Should Look to China to Understand the Future of Marketing w/ Ashley Dudarenok”